Disclaimer: Yes, there may be affiliate links in this post – but it is because we love some tools & services we use that much! We may get a small commission if you click on these links and make a purchase. We will NEVER recommend something that we have not used – puppy promise.

There has been a lot of chatter about a big update that Google recently put out which has been nicknamed “Fred” by Google’s own Gary Illyes.

Now – it is important to remember that Google is doing updates all the time — but if there is one that is creating a lot of chatter in the SEO world, then we want to make sure you know about it!

This update is based on results website owners are seeing in their traffic and rank – mostly from forums that cater to black hat SEO techniques like Black Hat World. Google has not yet confirmed that this update did in fact happen, but it is hard to deny something happened based on what website owners are reporting.

Based on SEMRush’s SERP volatility sensor report – there has been a lot of volatility since early March with a peak on March 2, 2017 and another on March 13, 2017. This report is basically saying that on these days there were major adjustments in search results and website ranking positions.

It is important that you review your Google Analytics or Webmaster Tools to see if you have been impacted so you can modify your website to adjust! 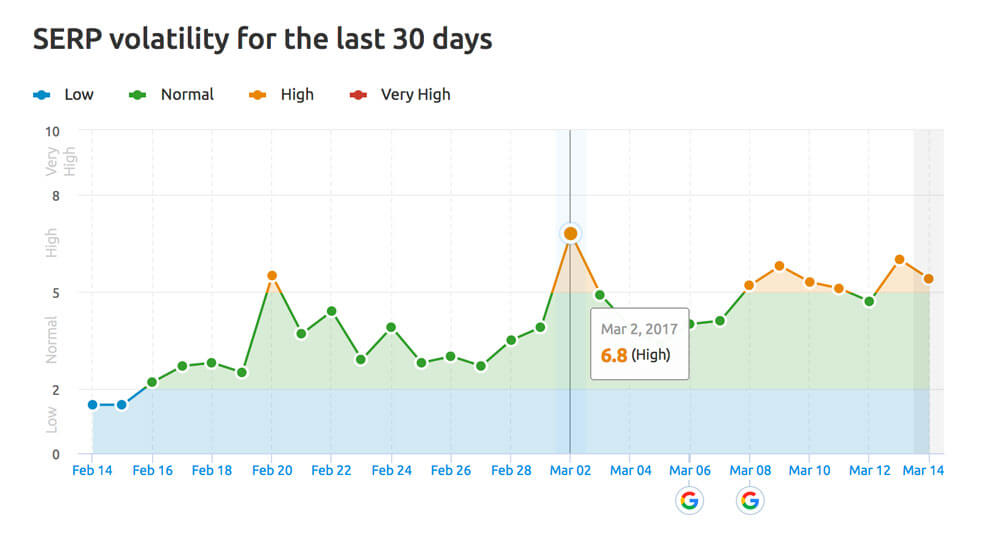 Who is at risk of being targeted by Fred?
This update is rumored to be mostly affecting websites that were created specifically for generating revenue – while adding little in terms of useful content to visitors. But there are a lot of theories going on and people who were affected are testing many different things on their websites to determine what is making it happen.

Another rumored issue that seems to be on a lot of websites is content lacking QUALITY. Poor grammar and duplicate content do seem to be an issue on some of the websites that have seen a downfall.

And of course there is an allude to backlinks yet again being the culprit. A lot of the websites that were hurt admittedly had bad or PBN backlinks to their websites.

Sample of traffic loss
Below is a website that we found that was largely impacted by the update – you can see on the 13th that they had a major loss of traffic on the website. We will not release the name of the website since we do not have authority to do so, but did find some comments from the website owner that we thought were interesting and we will share those below.

About the website
The website we are referencing is a blog layout with a focus on fun and interesting information in a variety of categories. The website is over 8 years old and has tons of content that is 100% unique. It is fast loading, has a clean design and overall appears to be a well written and fun blog.

At that time we reviewed the site it did not have an overwhelming amount of ads, but below you will see the actions the blog owner recently took.

What the owner has done
The website owner noticed the site was de-indexed on 3/8/17 – he took immediate action in removing what he thought was causing the problem including his ads. 15 hours later he was reindexed and back to his previous positions and traffic.

He then re-enabled all the ads – then the site disappeared again.

He then removed just some of the ads – a large above the fold ad and 2 ads from an ad network. 6 hours later his site returned and so did the traffic.

Then he reactivated just 1 of the ad network ads – and the site was de-indexed yet again.

What does this mean?
Given what this one person has done kind of makes it sound like it is based on just ads on a website that could be causing the issues. But in additional research it seems the ad network they are using has seen some massive drops as well — so that may possibly be the issue as well.

Our SEO client results
If you are a 2 Dogs Media SEO client – we are thrilled to say you have not been affected at all by this update. We are proud to say that we have never had a client majorly impacted by any algorithm update – and we plan on keeping it that way.

What you should do!

1) Check your analytics or webmaster tools account to look for drops in traffic
2) Always write strong content! Spelling, grammar and usefulness always matter
3) Review your backlinks to ensure they are quality links

A great example!
Gary Illyes from Google has provided a clue as to what is considered a great example of a monetized website on Twitter.

@rishil have you seen what @thepointsguy is doing? They create amazing content & they have sponsored links, but the focus is on the user

The Points Guy is doing a fantastic job of providing amazing content but also monetizing with ads and affiliate programs. As you can see in the screen capture below there are so many things they are doing right! When you arrive at the website you do not get the feel it is trying to make money – it genuinely feels like it wants to help you with your travel needs. That is the key component to a well done affiliate website. 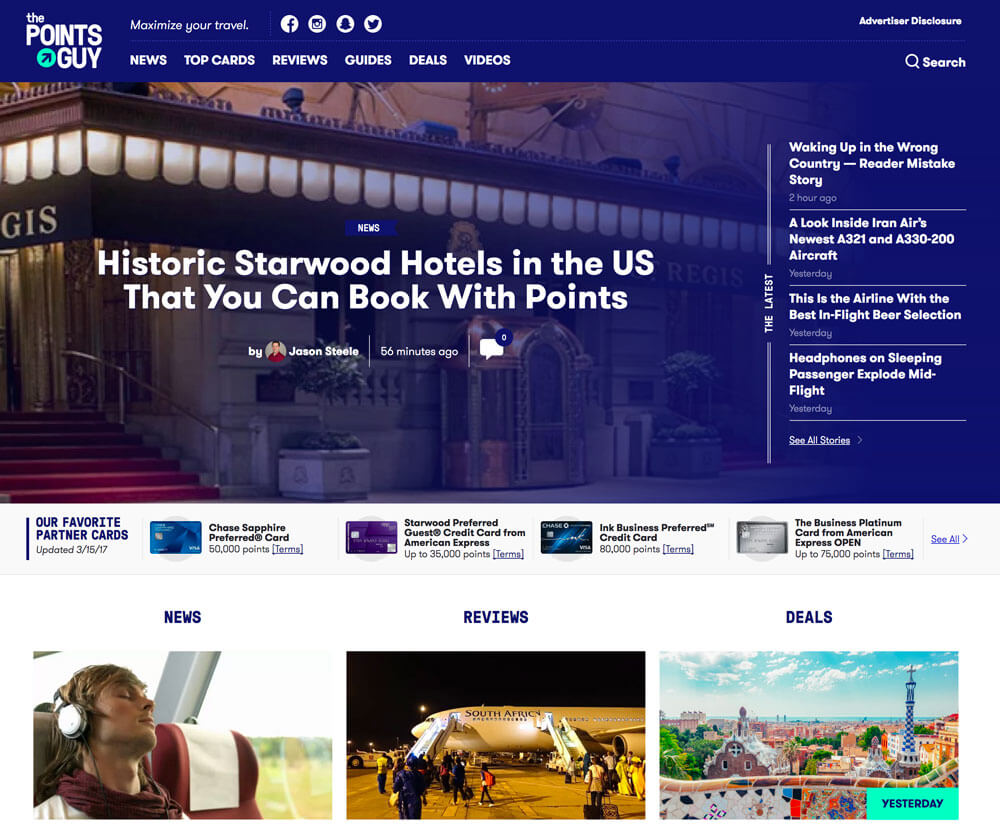 Are you seeing a drop?
If you have seen a drop in traffic – let us know! We are interested in trying to figure out more about this rumored update and what website owners can do to get their websites back to where they belong!

Jill Caren brings over 12 years of WordPress and SEO experience to help you improve and grow your website. She has spoken at several events on SEO and has been published in several top SEO publications. You can learn more about her here.